Among them is the 4-star Electro character that was first released back in Version 3.0, a young, resident merchant whose entire world revolves around Mora. Dori may be a kid, but she does have her own unique ways to business, and she firmly believes that everything comes with the right price.

To start off, Dori’s kit and her role as a Healer and Energy Recharge support scales off HP. Talent priority should really just be her Elemental Burst, because frankly, her Elemental Skill doesn’t offer much.

When this Troubleshooter Shot manages to hit opponents, afterwards it will create 2 After-Sales Service Rounds that track down the same opponents and deal another round of Electro DMG.

Dori’s elemental burst, Alcazarzaray’s Exactitude, summons the Jinni that was once inside the Spirit-Warding Lamp – showing itself to give various kinds of aid.

When this Jinni appears, it will connect to your active character, healing them immediately upon placement. Afterwards, it will continue to generate HP for the character, all based on Dori’s Max HP.

Not only does it offer healing, but it will also continue to generate energy particles for the character – making this particular attribute especially good for Main DPS units that require Energy Recharge.

When an opponent gets himself in the way of the line connecting the Jinni and the active character, it will deal Electro DMG every 0.4 seconds.

Bear in mind that once your character gets to connect with the Jinni, Electro will be applied to them as well, and not just on your opponent.

Dori’s passive talent, An Eye for Gold, allows the cooldown of her elemental skill to have a 1 second decrease whenever the active character connected to the Jinni triggers Electro-related elemental reactions.

Dori’s passive talent, Compound Interest, allows her to restore 5 Elemental Energy for herself for every 100% Energy Recharge she possesses after her elemental skill hits opponents.

Every time she uses her elemental skill, should there be only one instance for Energy restoration, and a maximum of 15 Energy can be restored this way (which means you need 300% ER on her, but you honestly don’t have to invest on her too much).

The best pick for Dori’s weapon is none other than those with Energy Recharge as the main stat. As she’s meant to be a Support unit both capable of healing and energy restoration, you might want to use her elemental burst as often as possible. 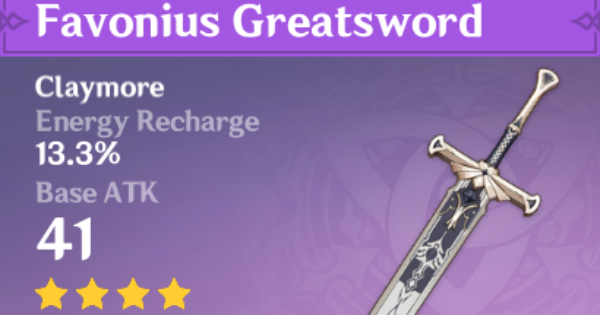 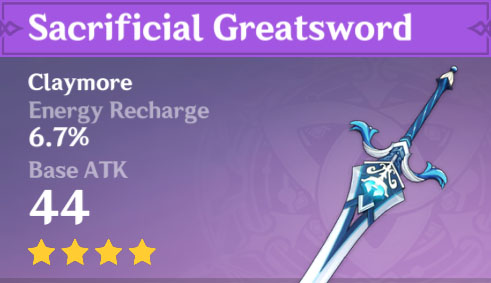 Favonius Greatsword is typically your go-to 4-star ER claymore. At Level 90, it offers 61.3% Energy Recharge for the wielder, making it great for Dori who normally would be at her best with around 200% ER.

This weapon’s passive stat also gives 60% chance to generate 6 Energy for the wielder upon a CRIT hit, but that would require Dori to be on the field for such a condition to be met.

Moreover, another option would be the Sacrificial Greatsword that offers 30.6% Energy Recharge at Level 90.

Its passive stat allows Dori’s elemental skill to have a 40% chance of ending its own cooldown, which means there’s a possibility you’ll be able to use her Spirit-Warding Lamp twice – but then again, it doesn’t really offer much in most scenarios. 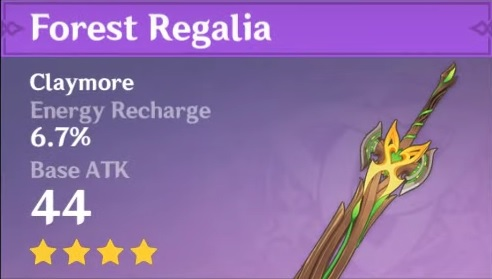 When a Dendro-related reaction is triggered, it will create a Leaf of Consciousness that grants Dori another 60 to her Elemental Mastery. If you opt on equipping this on her, Dori will also serve as an Electro applicator and should have a little bit of on field time, most especially useful if you have her at C6.

Like most support units in the game that specialize in healing, and encourage you to use their elemental burst as much as possible, Dori is no exception from that kind of playstyle. The stats that you need to prioritize for her are Energy Recharge and HP, or Healing Bonus if you must.

As a healer and support like Bennett (in terms of roles – whereas Bennett buffs your DMG, Dori helps you restore Energy), the 4-piece set Noblesse Oblige seems to be the most efficient on her. Since you’re not really going to use Dori outside of her elemental burst, this is absolutely the way to go.

Furthermore, you’re more than likely to put her in a team where the Main DPS requires high energy cost for their burst, Xiao and Eula for example. Slapping the 4-piece Noblesse Oblige on Dori (assuming you don’t have anyone else using it in your team) will only make them stronger.

If you want to maximize Dori’s healing capabilities more, then the 4-piece set Ocean-Hued Clam may be your best option.

Although this set, realistically speaking, isn’t as effective for Dori due to her single target healing (unlike those who can overheal like Kokomi or Barbara). Still, it’s not so bad for her, as long as she can get the job done.

Tenacity of the Millelith / Emblem of Severed Fate 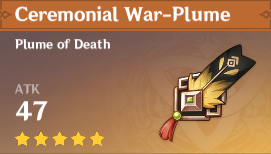 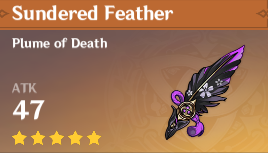 As previously mentioned, Dori is in need of at least 200% Energy Recharge, while the HP increase is a good choice for her too, since her healing scales off her overall HP.

Dori’s first constellation gives an additional After-Sales Service Rounds from the Troubleshooter Shots created, making them 3 instead of 2.

Dori’s second constellation allows the Jinni summoned through her elemental burst to fire a Jinni Troop that deals 50% of her ATK DMG, but only if the Jinni is connected to your character and it heals them while in combat.

Dori’s fourth constellation allows the active character connected with the Jinni to receive buffs on certain conditions – when their HP is below 50%, they gain 50% incoming healing bonus; or when their Energy is less than 50%, they gain 30% Energy Recharge.

This is undoubtedly Dori’s best constellation, which offers both healing and energy restoration for the active character, especially if they happen to be a melee Main DPS.

Dori’s sixth constellation allows herself to gain some on-field time by being infused with Electro after using her elemental skill, making her Normal Attacks another source of healing because as long as she’s hitting opponents, nearby party members will restore HP that’s equivalent to her Max HP.

At the moment, there aren’t many teams that would prefer Dori over the likes of other healers and supports in the game, nor can she outshine them in a combat sense.

So far, here is an ideal Dori team where you can actually fully utilize her kit:

Eula is the only 5-star Physical DPS in the game yet, and she would absolutely love an Electro support to trigger the Superconduct reaction.

Not to mention, even though you may have Zhongli to provide tanky shields (with Physical RES against nearby opponents), you’d still want some kind of healing to ensure that the whole team’s HP doesn’t go down the drain.

With Rosaria acting as a Sub DPS that can provide tons of Crit Rate for Eula, activate the Elemental Resonance and be a Cryo battery for her – Dori can provide heals, compensate for her high energy burst cost, and be an Electro applicator (to trigger Superconduct) for her.

This way, Eula’s maximum potential as a Main DPS will truly escalate.

To sum it all up, Dori is far from a meta-changing unit, though she appears to be the first Support character whose kit helps with energy restoration besides her ability to heal.

She’s not exactly a character that you should invest on, and in terms of being an Electro healer, Kuki Shinobu is better. At the end of the day, if you’re in need of someone to cover for your Main DPS’ energy cost problems, Dori can help you solve that.